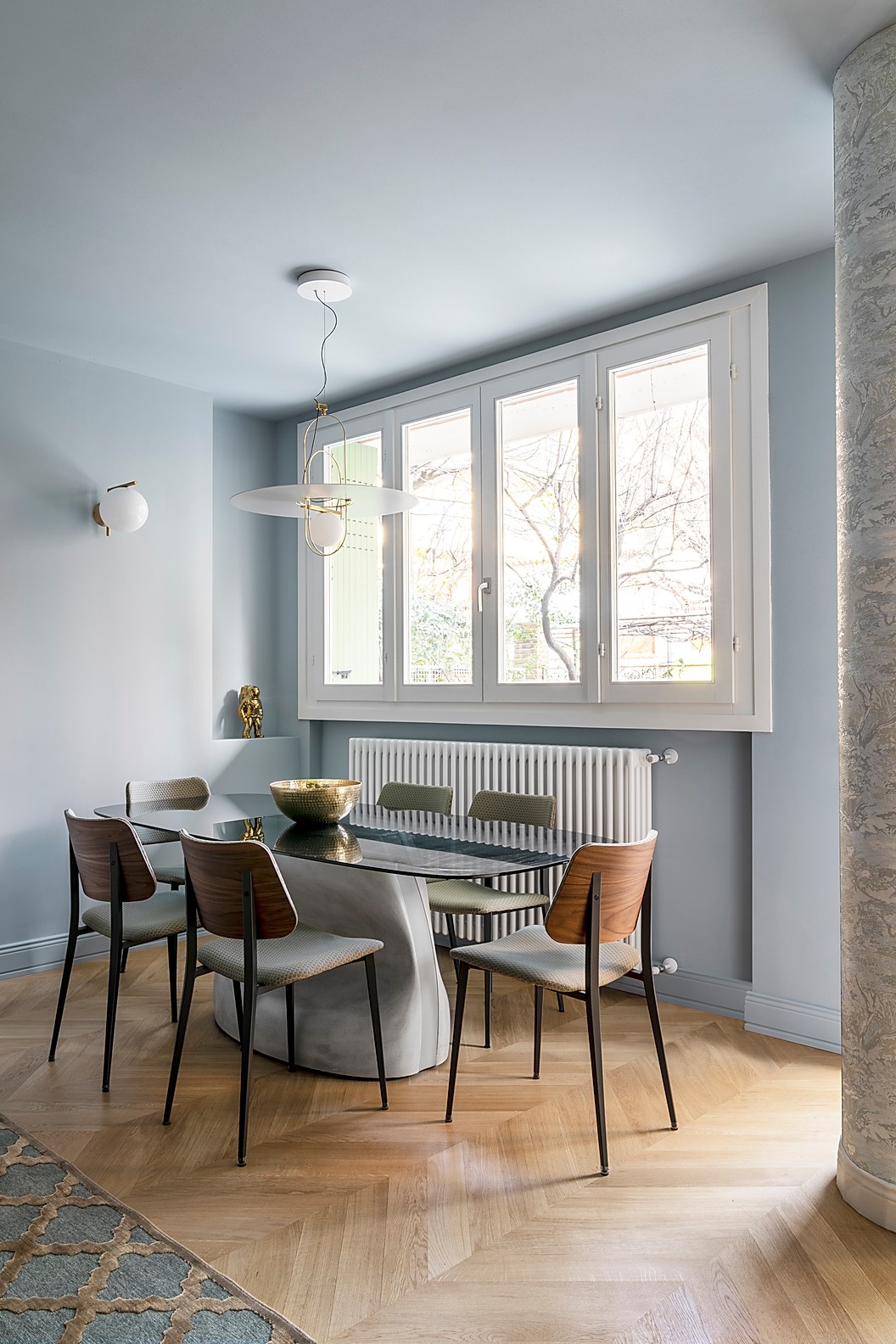 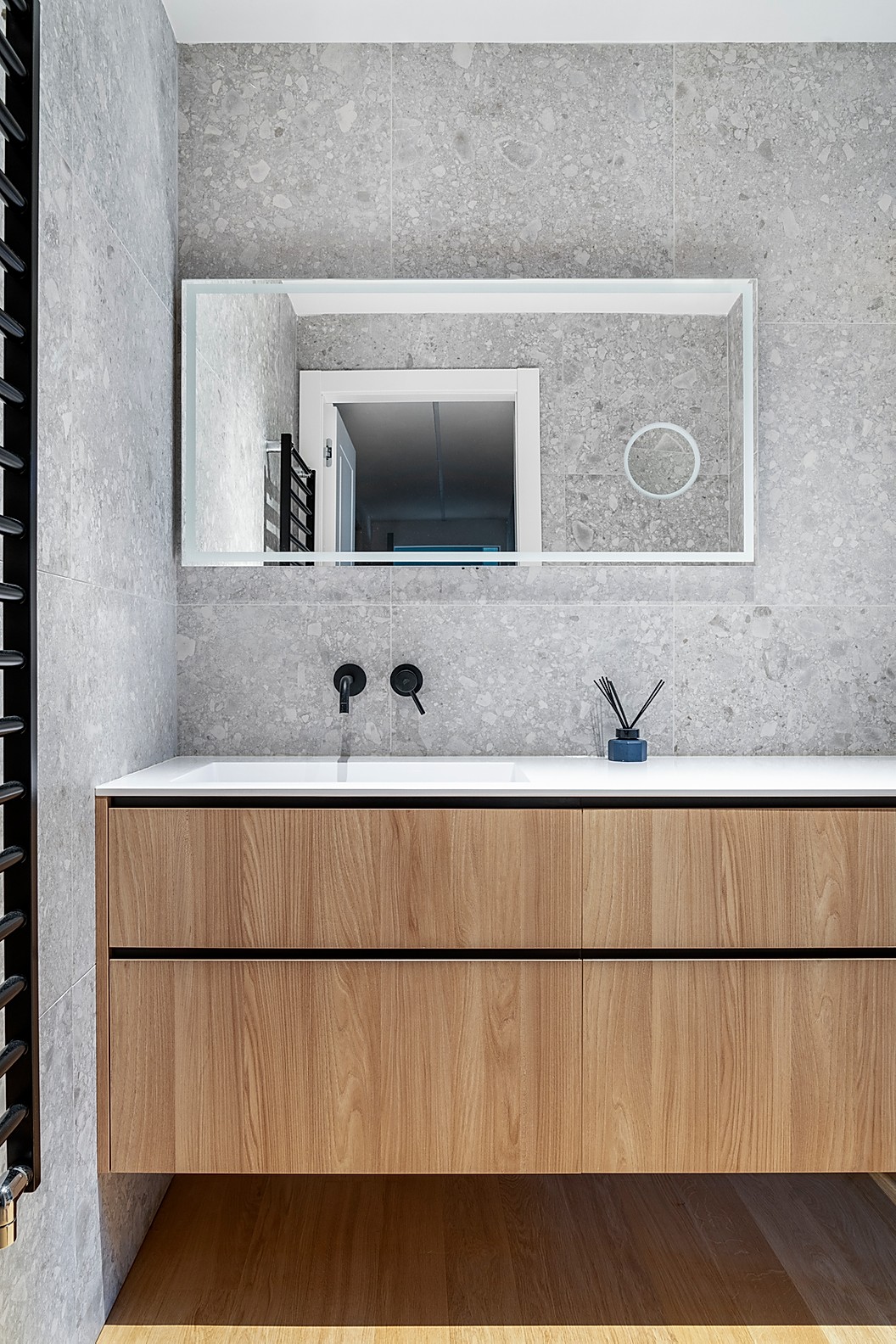 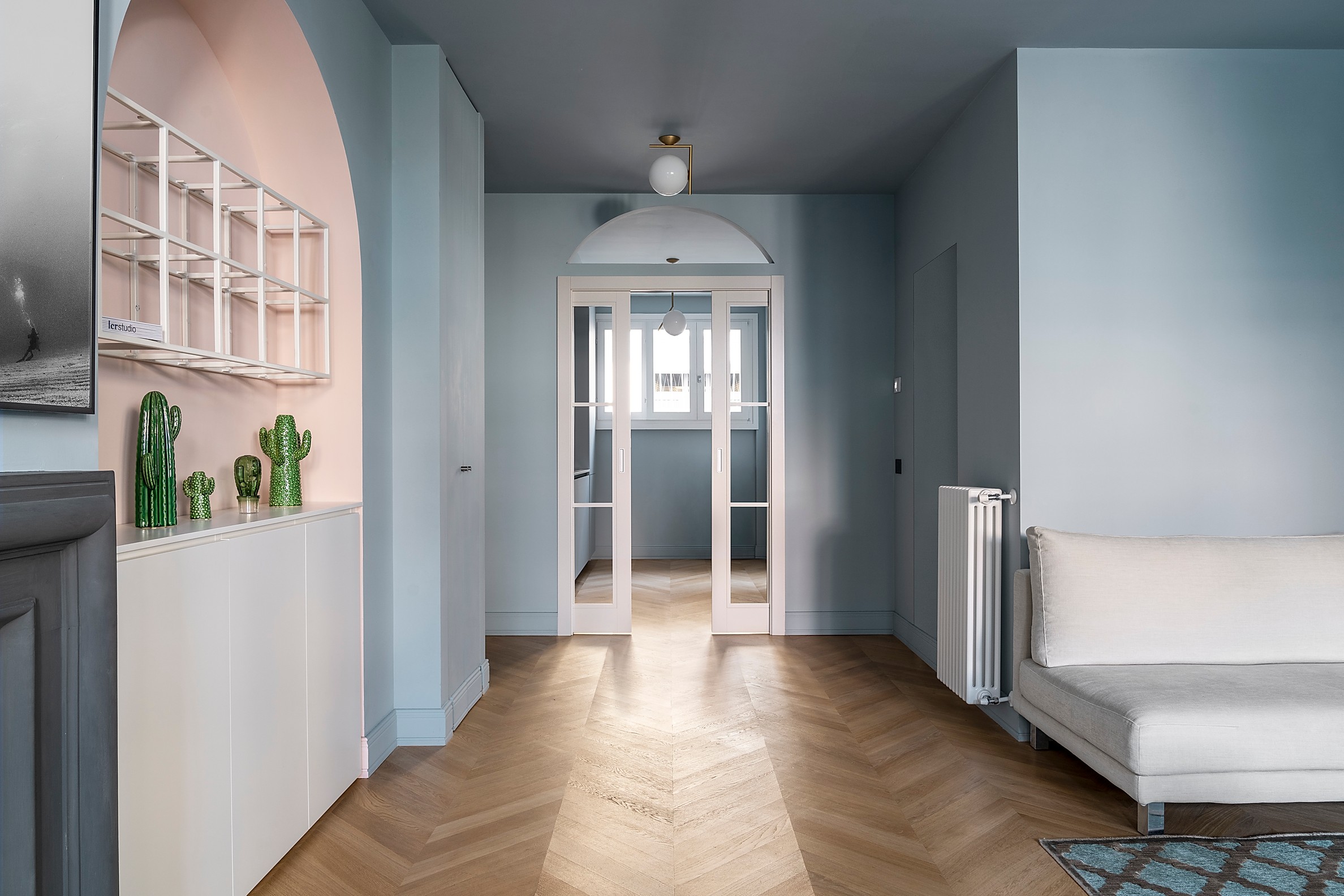 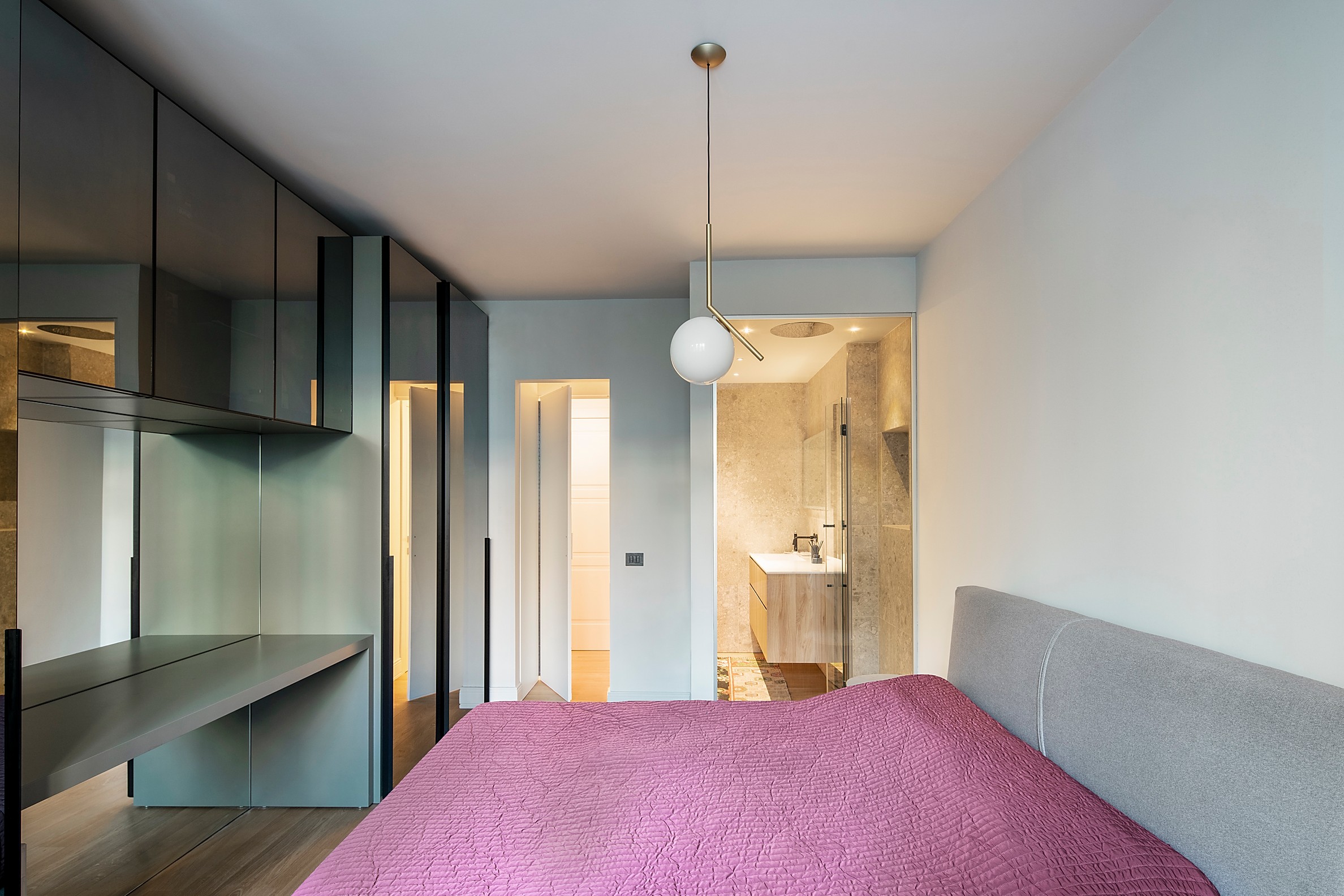 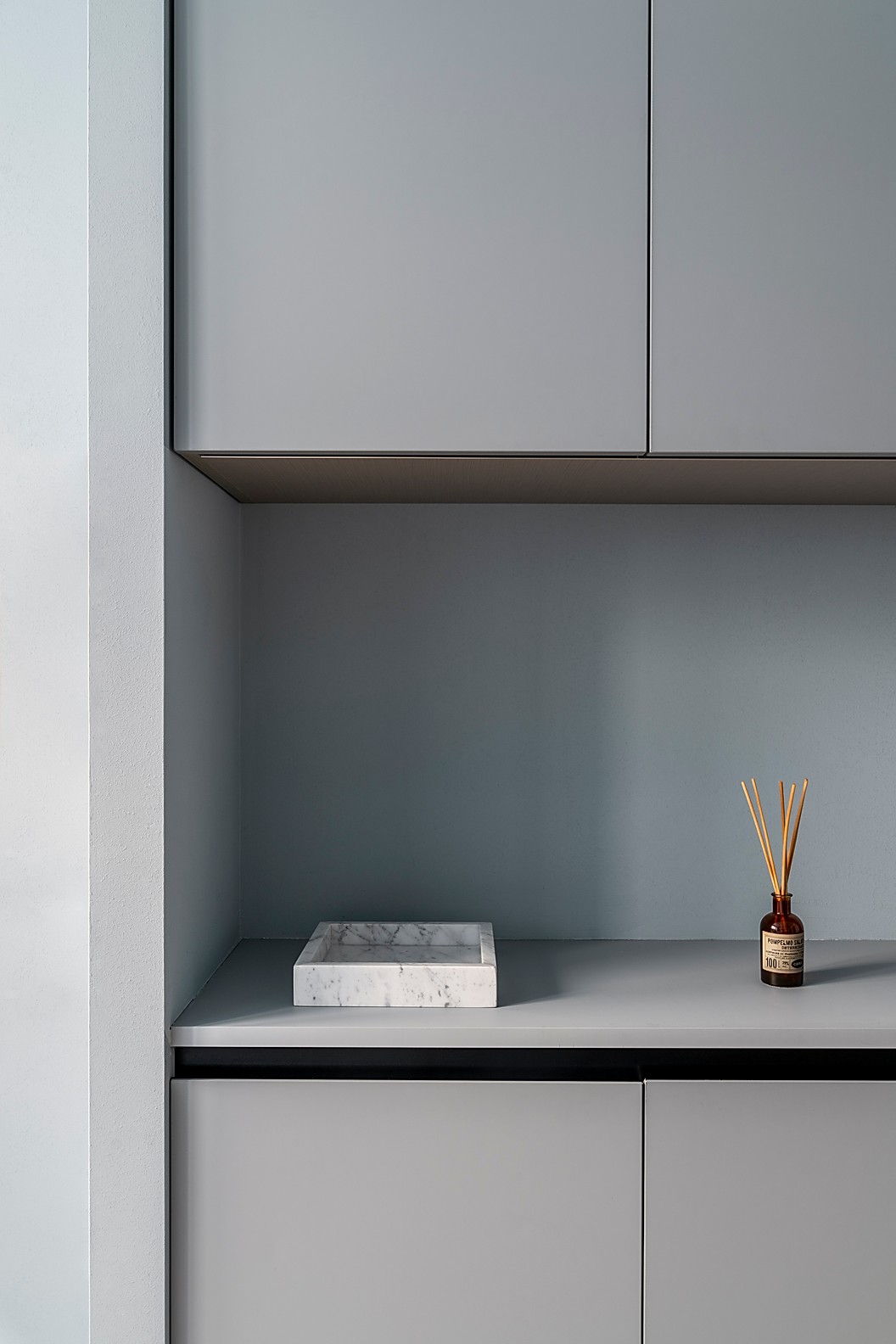 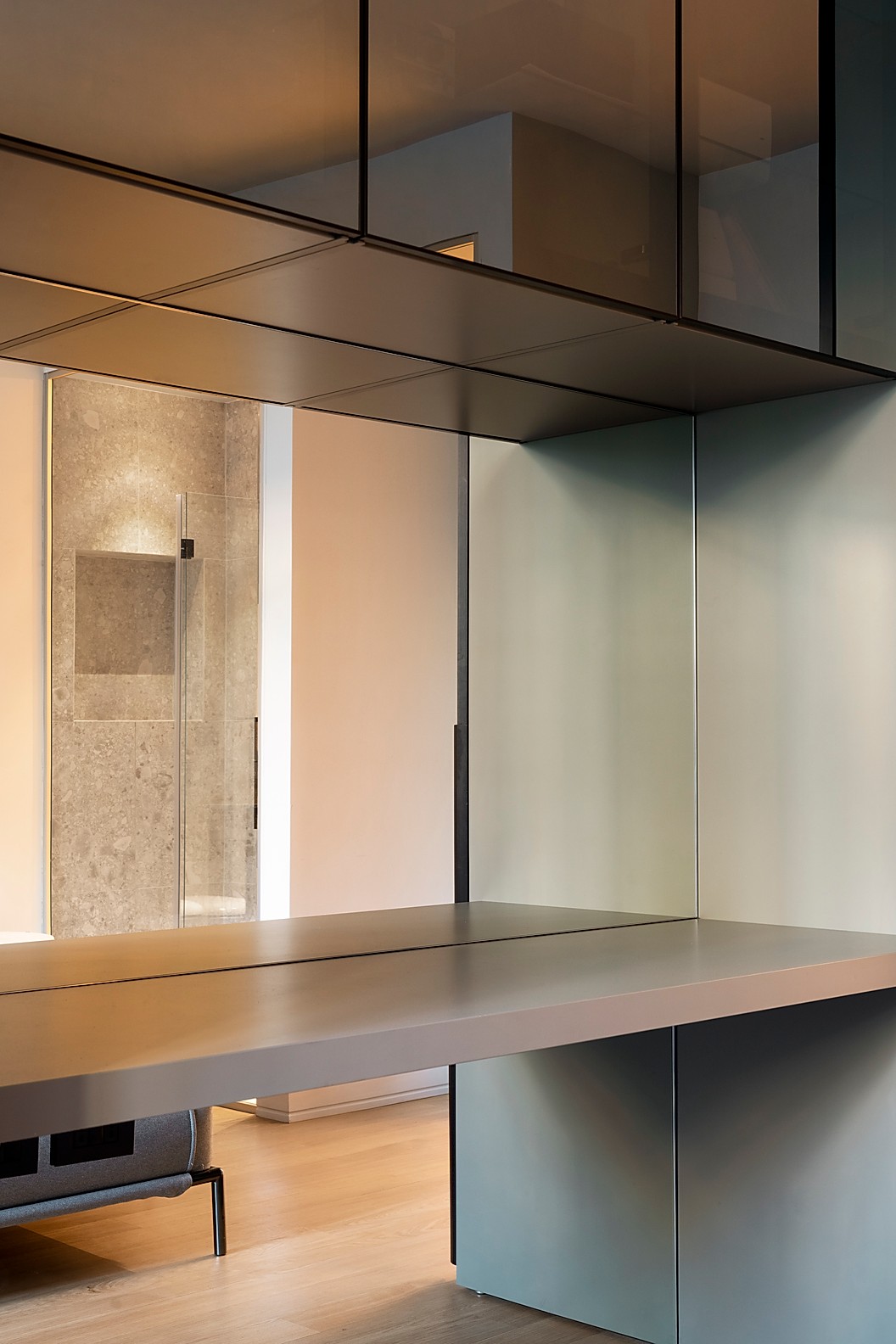 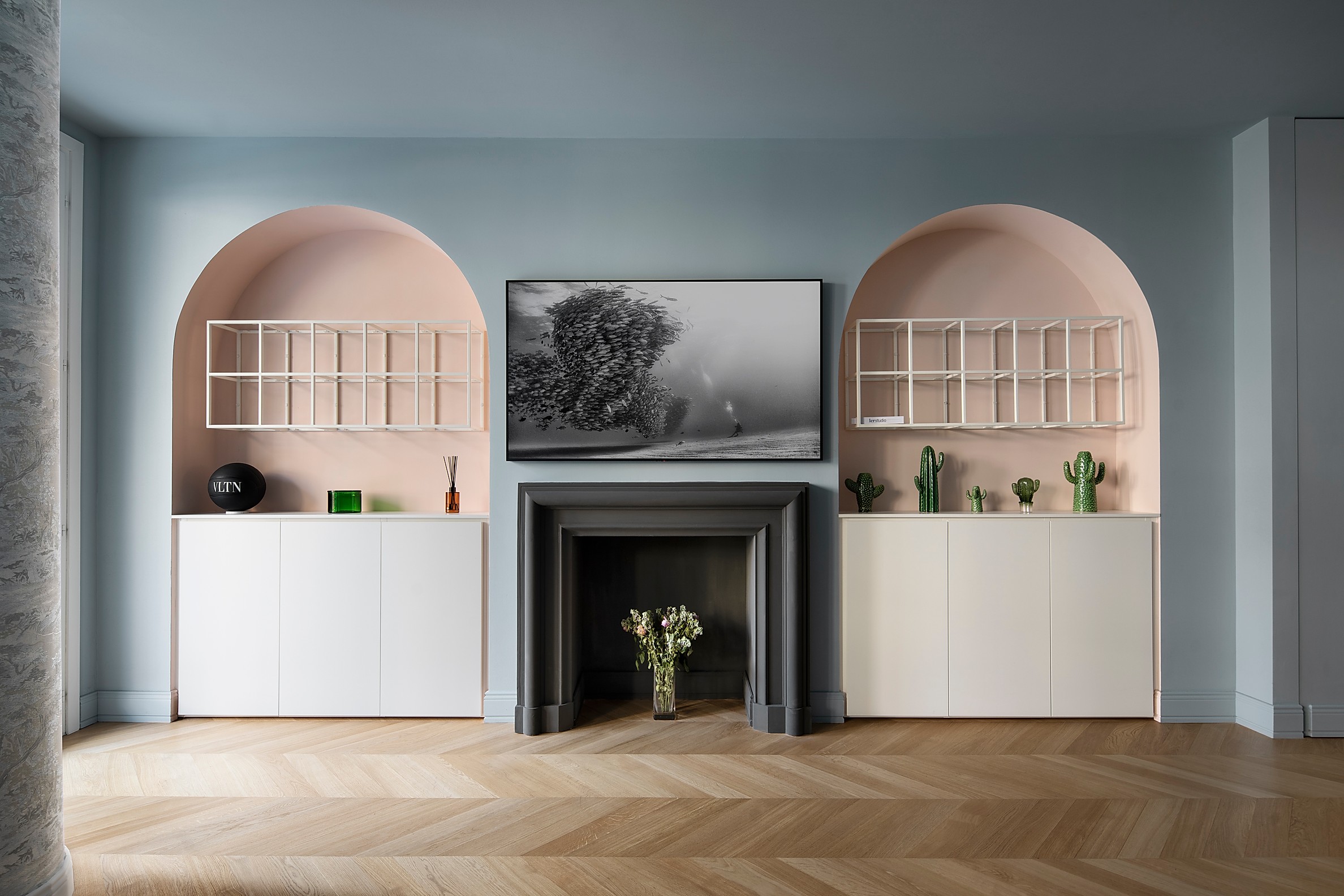 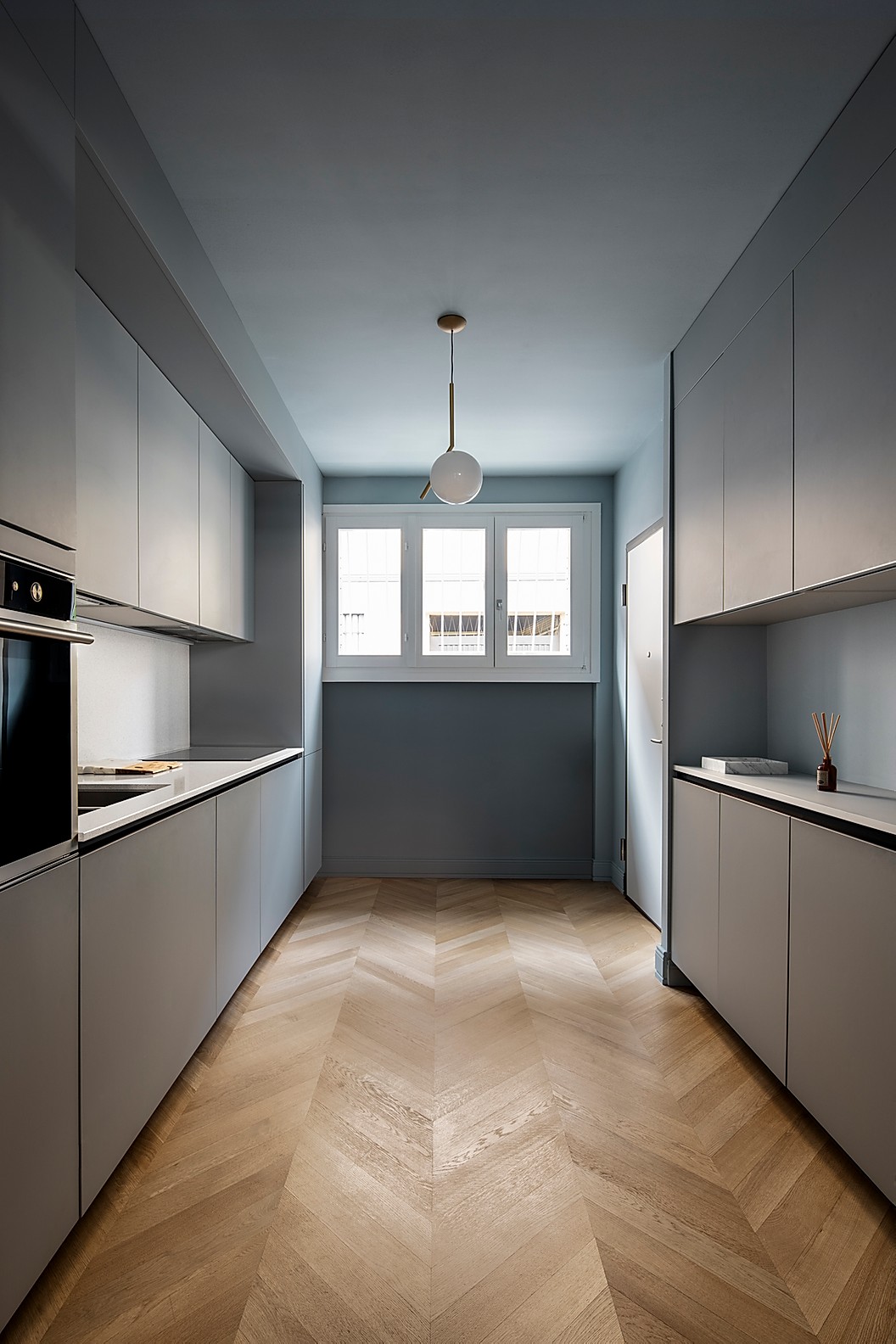 For this project designed by architect Luca Camporeale, Galbiati Milano Design Hub provided support in the study and in the supply of made-to-measure furniture. The apartment is located in Altaguardia Street, in the Porta Romana area in Milan.

The intention of the architect was to rationalize the spaces of the apartment, defining the diﬀerent functional areas thanks to chromatic contrasts ranging from pink, to powder blue, to gray.

The colors define the diﬀerent areas of the house: the living room, lit by two large windows, is characterized by two arches painted in pink, in which two a custom-made bookcases (Spazioteca by Pianca) have been inserted with millimetric precision.

At the center of the table, in the dining room area, the Setareh ceiling lamp by Fontana Arte is positioned at the center of the table. The lighting is emphasized by Flos IC lamps, inserted both on the wall and on the ceiling.
The arch element introduces the kitchen, located in one of the entrances to the house.
The made-to-measure Aran Cucine LAB13’s model is studied in every detail and it features: fronts in Dusty Gray HPL laminate, top and back in Okite quartz, Prisma White finish – 2 cm thick.
The kitchen is equipped with a double built-in stainless steel sink under-mount with a Franke mixer and Hotpoint appliance.
This environment is characterized by the repetition of the same colors both on the walls and on the kitchen doors, contributing to the creation of an harmonious and peaceful atmosphere.
The suspended IC lighting by Flos recalls the other items of the collection located in the rest of the house.

A hallway illuminated by LED lights embedded in the ceiling leads to the two double bedrooms. The access to the master bedroom is hidden behind one of the doors of the Sipario Plana wardrobe by Pianca, which has been subsequently covered with wallpaper.
The elegant Icon bed by Flou, designed by Carlo Colombo, is reflected in the mirrors that frame the Domino desk and in the doors of the Vitrum wardrobe, both by Pianca.
For both of the bathrooms the architect chose Giunone by Edoné suspended furniture.
In this area of the house there is also the laundry space, hidden by sliding folding doors Picà by Gruppo Euromobil.

All of the chromatic, functional and furnishing choices were made with extreme attention to every detail, and each of them contributed to creating an environment with a strong identity. Altaguardia is a project that states the point of view of its Designer. 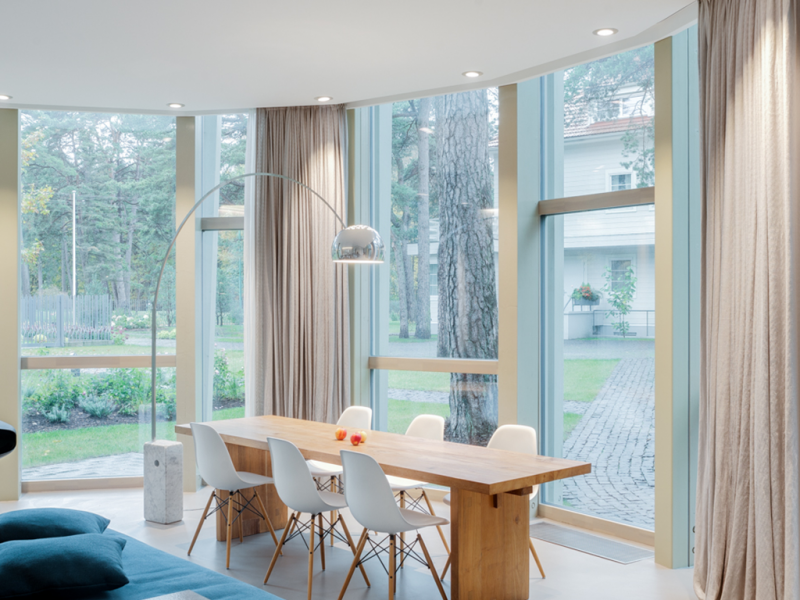 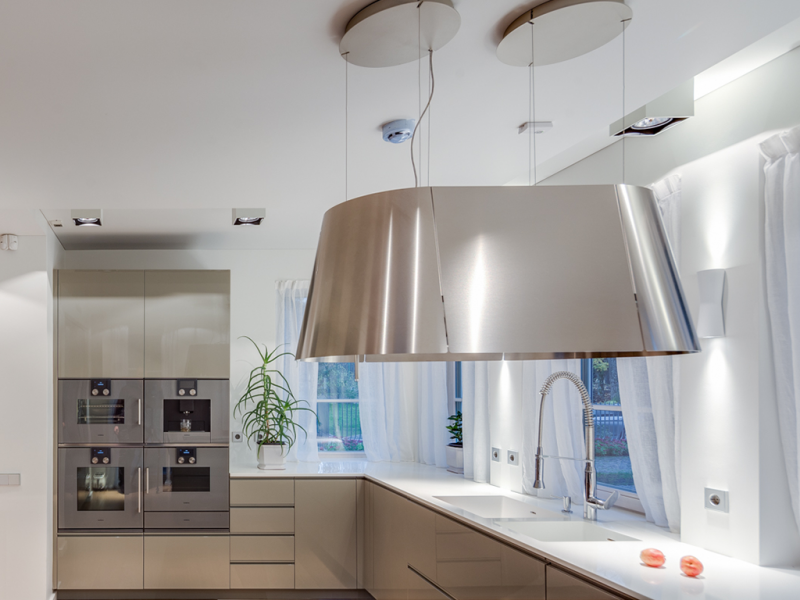 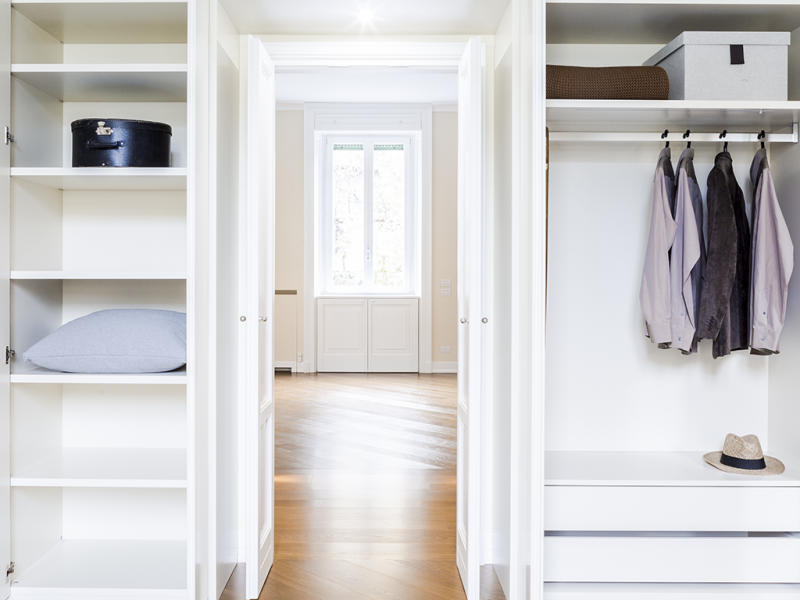